The Seriousness of Light Pollution in Hong Kong

In a crowded metropolitan like Hong Kong, the urban streets are dotted with countless street lamps and huge neon signs. These contributed to the serious light pollution in the city. According to the data collected by the HKU Department of Physics since 2003, the brightness of the Hong Kong urban night sky is at least 30 times higher than that in the less-populated countrysides. 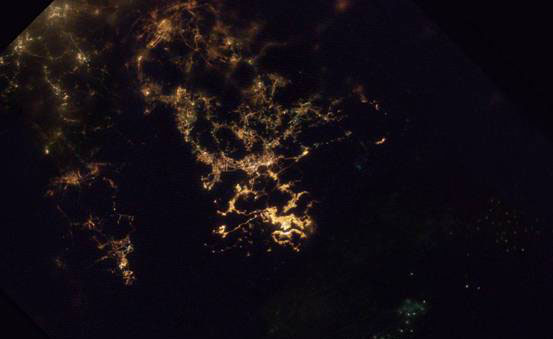 Nighttime picture of Hong Kong and Pearl River Delta Region nearby taken from the International Space Station in space.

As almost all human activities in the evening rely heavily on lightings, we expect that the higher the population density, the denser is the outdoor lighting, leading to more serious light pollution at that area. Therefore nowadays even on some of the clearest evenings, only a few stars can be seen regularly in the urban areas while astronomy enthusiasts can still have a fulfilling night of star-grazing in selected remote countryside sites where the light pollution is less severe. With the continuous urbanization of Hong Kong, these few remaining good sites are under the heavy threat of light pollution. If this problem is left unattended, the precious starry night in Hong Kong could forever disappear. 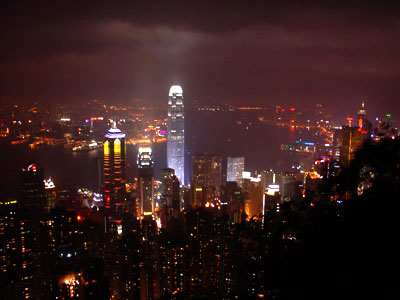 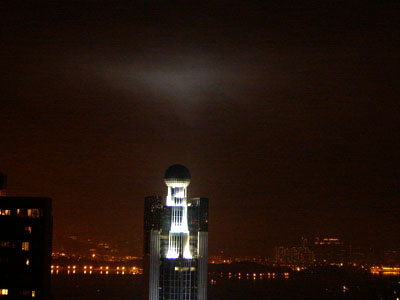 Nighttime picture of Hong Kong and Pearl River Delta Region nearby taken from the International Space Station in space.